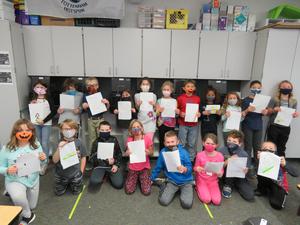 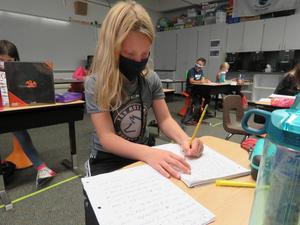 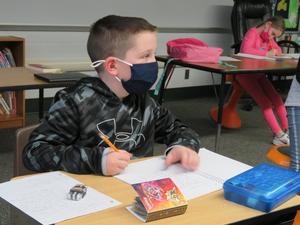 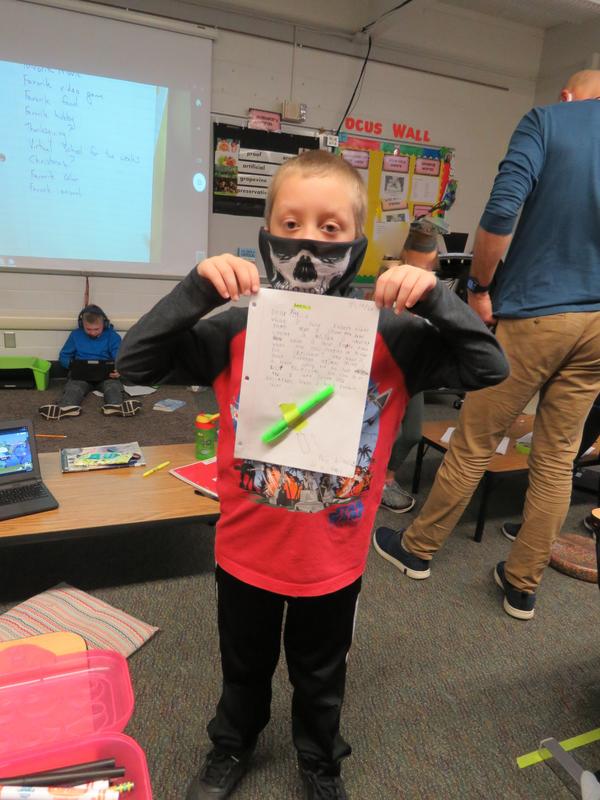 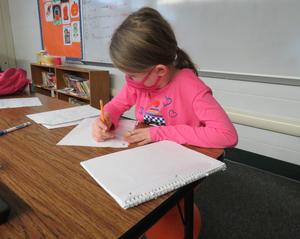 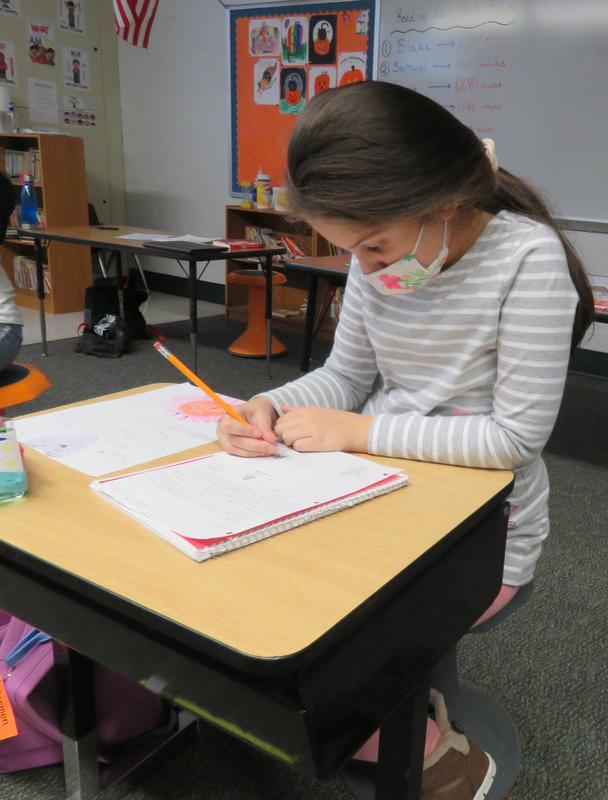 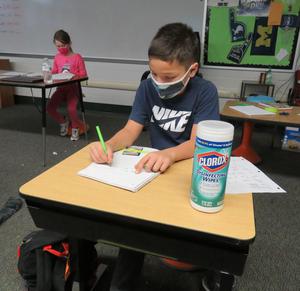 In an age of immediate electronic messaging, some Thornapple Kellogg third graders are learning and loving the art of old-fashioned letter writing as they get to know elementary school pen pals in Texas. It’s a writing lesson with a real-world purpose that helps them practice basic writing skills like grammar, punctuation and writing complete sentences.

Some students don’t even realize the project is also a lesson. “They write about their video games and what levels they are on and it doesn’t seem like a writing assignment anymore,” said Lee Elementary teacher Ben Sleeman.  “I like seeing them excited about writing.”

Sleeman’s sister teaches third grade in a small school in Copperas Cove, Texas near Fort Hood. Although Texas is long way from Michigan, students are realizing they have many similarities. “With both of us teaching third grade, we decided it would be a good way for kids to get excited about writing and learning about other parts of the country,” said Sleeman.

Grace Melvin found out her pen pal is reading a book about unicorns. She sent a letter back to her pen pal telling about her favorite movie and all her pets - 14 chickens, a frog, a dog, a cat and 11 fish. “I found out we have a lot of things we both like even though we live far apart.”

Ariella Wilson says her pen pal sounds really fun. “She likes the exact same subject as me – math! And she has really good handwriting,” said Ariella. “Even though I don’t know her, I bet she is really nice.”

Sawyer Caruso said he also likes to talk about video games with his pen pal and hopes maybe they can play online together with their parents’ permission.

“I asked him what it’s like to live in Texas – like how hot it is and if they ever get snow,” said Caruso. “Maybe we can show him some snow if we ever get some. I think it’s pretty neat to write to them and to get their letters.”

Those are just the words Sleeman said he was hoping to hear. “It’s just a good chance for them to be excited about writing. Sometimes it’s hard to get students interested in writing. This shows them a real-world application for writing. It means something.”

While they’re writing their letters, Sleeman uses the opportunity to remind them about punctuation, grammar and sentence structures. “I think it’s working pretty well. The kids look forward to getting letters so they can write back.  I hope it’s something we can continue to do all year.”