Students Get Taste of Michigan History 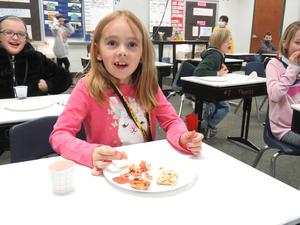 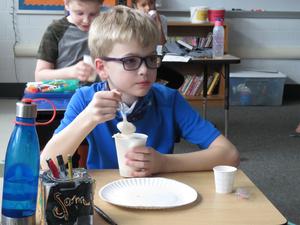 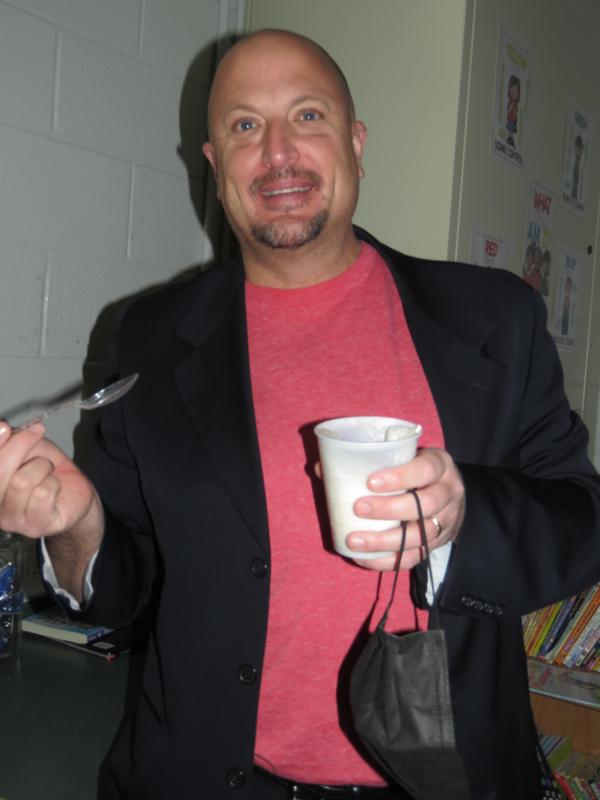 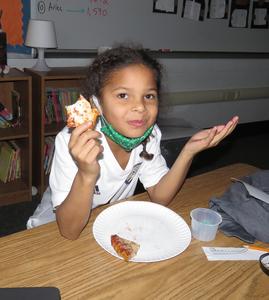 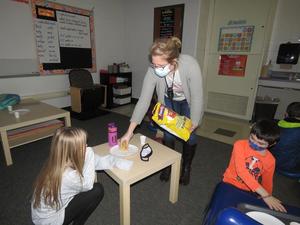 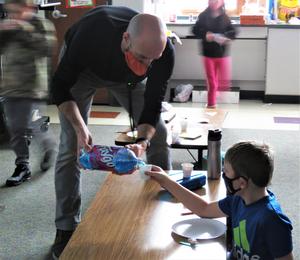 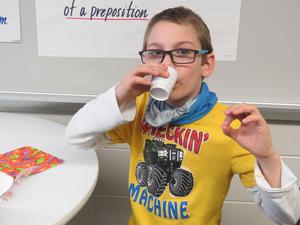 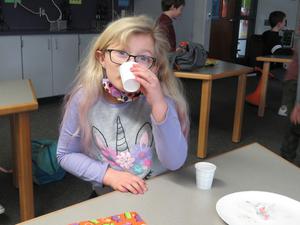 Do you know how many pounds of mint it will take to flavor 135,000 sticks of chewing gum? Or why Faygo Pop is called the “one true pop?” Did you know the Civil War would lead to the discovery of Vernor’s Ginger Ale or that a mistake led the Kellogg brothers to discover corn flakes?

If not – try asking a Lee Elementary third grader. They not only got to taste many food items made right here in Michigan, they also learned a little bit of  Michigan history as they celebrated the 26th state’s birthday this week.

This annual taste-testing history lesson leaves a lingering excitement among the students as they realize how many foods they eat originated right here in Michigan. Although the event this year was pushed back this week because of a snow day, students still enjoyed their Little Caesars Pizza, Vernor’s and Hudsonville ice cream float, Better Made Chips, Gerber Baby Food, Kellogg Cereal and other made-in-Michigan foods.

Jessica Arnold in Danielle Newinsky’s class said the baby food was her least favorite food. “We had mango baby food. I didn’t like it,” she said crinkling up her nose as she remembered the taste from earlier in the day.

Jonathan Davidson said he liked the Rock & Rye Faygo pop the best. “It was good and it was the first time I had it. It was fizzy,” he said.

In Krissta Hannapel’s class, Faygo orange pop was more popular than Rock & Rye and in Ben Sleeman’s class the Cotton Candy flavor was by far the top pick.

Students learned how Faygo became known as the “one true pop.” The brand was started in 1907 by two Russian immigrant bakers who began transforming their popular frosting flavors into beverages. They called it “pop” because of the sound made when the cap was “popped” off the bottle and renamed one of their first flavors – strawberry – to Redpop. Today there are more than 50 flavors.

Many students knew Michigan was well-known for growing cherries and blueberries but were surprised to learn the state grows more than 50,000 pounds of spearmint per year and that it only takes about one pound o f mint to flavor 135,000 sticks of gum.

They watched a video showing how potatoes grown in Michigan take just 7 minutes to be turned into Better Made Chips and enjoyed the story about Mike Ilitch and his dedication to helping rebuild the city of Detroit after founding Little Caesars pizza.

Pizza was one of the favorite treats of the day followed closely by ice cream floats made with Vernor’s ginger ale and Hudsonville ice cream. Even Superintendent Dan Remenap couldn’t resist a made-in-Michigan float as he visited Lee classrooms and the Taste of Michigan courses.

The foamy ice cream floats vanished quickly while students watched a video about James Vernor and how he accidentally created Vernor’s ginger ale. As a Detroit pharmacist, he was experimenting to create a medicinal tonic of vanilla and spices with a bit of ginger to help calm an upset stomach.  When he was called to duty in the Civil War, his blend of spices sat in an oak barrel for four years. When he returned, he discovered they had become a zesty, sweet, ginger-flavor that became Vernor’s ginger ale.

Whether it was the pizza, Faygo pop, or one of the many other made-in-Michigan products, students are unlikely to forget the “taste” of Michigan history and may have even found a new favorite snack from the many made-in-Michigan samples.