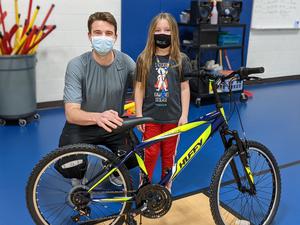 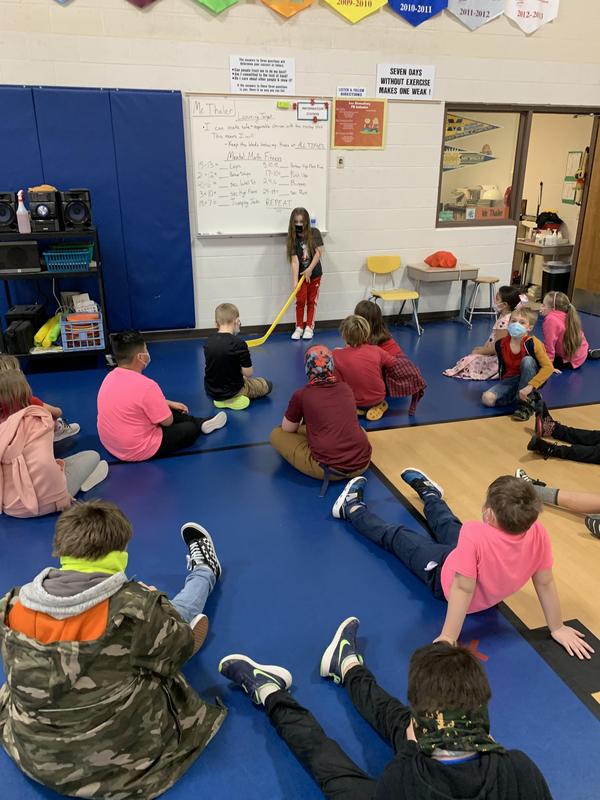 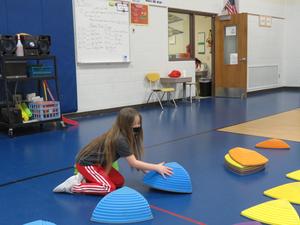 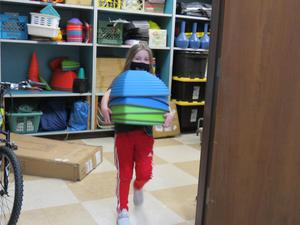 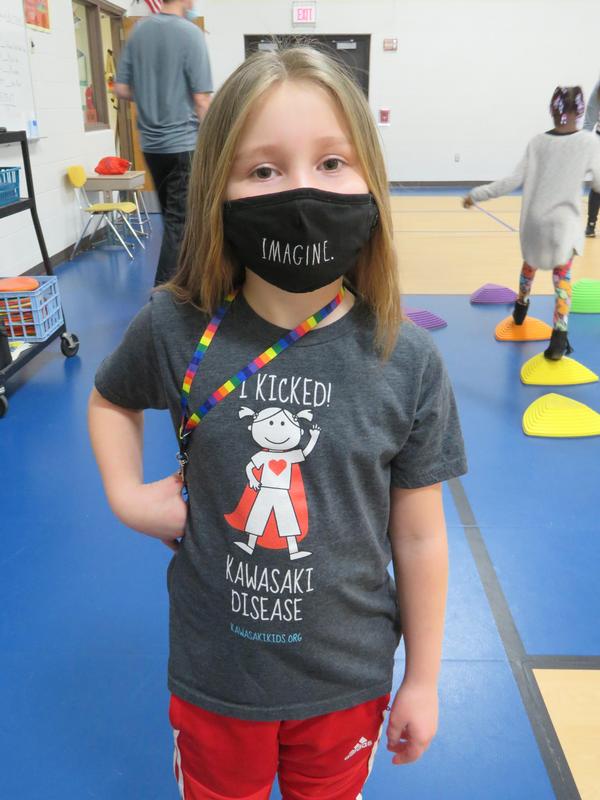 Wearing her warm-up athletic pants, a whistle around her neck and a t-shirt that says “I Kicked Kawasaki Disease,” Lee Elementary second-grader Georgia Mosley was all geared up for her special day as a PE assistant teacher. All day Wednesday, she demonstrated exercises to classes, helped set up equipment, and explained rules for games and activities.

Mosley earned the honor by being the top fundraiser for the school at the recent Kids Heart Challenge. In total students donated $23,503.90 for the American Heart Association. Georgia alone brought in $1,179.69 for a cause that is very near and dear to her own heart.

As a 5-year-old Mosley was diagnosed with Kawasaki Disease. Without prompt diagnosis and treatment, the rare disease that seems to only affect children, can cause permanent damage to the coronary arteries and heart muscle. According the American Heart Association, Kawasaki Disease is the leading cause of acquired heart disease in children.

Fortunately for Mosley, the diagnosis and treatment came quickly and doctors don’t believe there is any long-term damage to her heart. Still, she continues to see a cardiologist regularly.

“I had to be in the hospital for a week and had tubes going into both arms," said Georgia.  “It was kind of scary.”

In fact, she had to undergo a fairly intense treatment. “They don’t know how kids get it. But it can cause inflammation around the heart and do damage to the heart,” said Georgia’s mother, Tricia Mosley.  “This is why we wanted to help raise money for Kids Heart Challenge. We just wanted to help get the word out about this unusual disease.”

Tricia said it turns out Georgia had classic symptoms of the disease – a sudden high fever, swollen lips and a “strawberry” tongue.  “The longer you wait to treat it, the more damage can be done,” said Tricia. She said they were very lucky that Georgia’s symptoms were recognized early by a doctor who had just attended a conference on the disease.

“With Kids Heart Challenge, we just wanted to help raise awareness. Not many people know about Kawasaki Disease,” said Tricia.

According to the American Heart Association, the average age of a Kawasaki patient is 2 and 75 percent are younger than 5.  The National Order of Rare Disorders notes only about 3,000 cases of Kawasaki Disease are reported each year in the United States.

The setback as a 5-year-old isn’t holding Georgia back at all these days. In PE she likes to play hockey and shoot hoops.  And even though she said jumping rope is hard, she said she was glad to join in the Kids Heart Challenge and give it her best.

In addition to being a PE assistant teacher for the day, Georgia also got to order lunch of a grilled cheese sandwich and tater tots from Riverdog Tavern.  She also won the top prize of a new bicycle.

“I don’t like it, I love it,” she said after PE teacher Samuel Thaler wheeled the bicycle out to her. And with a little encouragement, she hopped on to take it for a quick test ride around the gym.

But the young girl realized the real prize wasn’t about being PE teacher for a day, getting a special lunch or even winning a new bike. “It’s not about winning. It’s about saving people’s lives,” she said.  “That’s what really matters.”