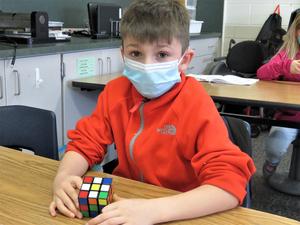 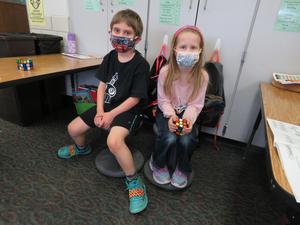 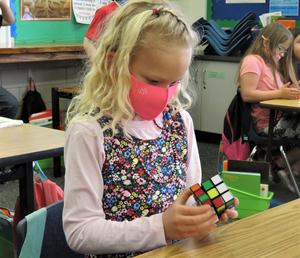 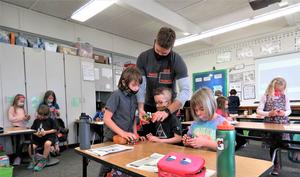 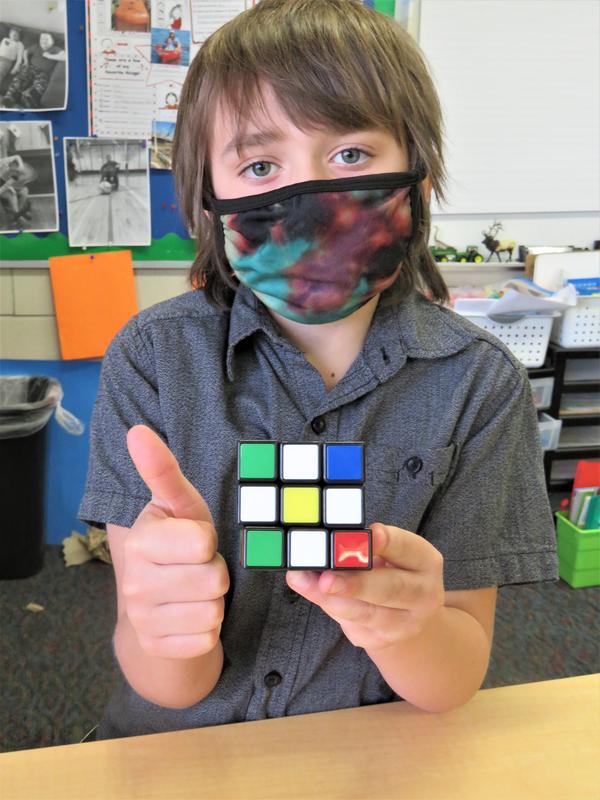 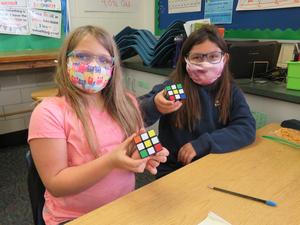 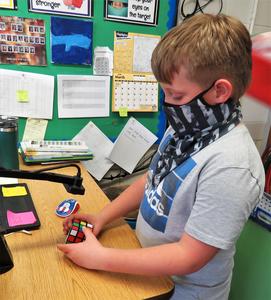 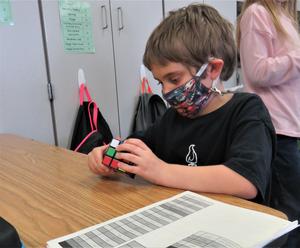 Students in Nathan Fischer’s second grade classroom wiggled and fidgeted on their wobble seats as they methodically tried to solve the Rubik’s Cube. Spinning the colored sides this way and that way, students tried to figure out the secrets to getting all one color on each side of the cube.

First they learned to make a daisy pattern on one side. Others moved on to getting one whole side the same color or making other color patterns on one side. Some have even moved on to mastering the entire puzzle.

“I just started playing with it and moving the colors around and I’ve been figuring it out,” said Harrison Roodvoets. He’s been sharing his expertise and helping his classmates learn the secrets to mastering the brain game.

Fischer calls Roodvoets the class Rubik’s Cube Master. “He has really taken on the challenge by learning all the steps and now he has become the Rubik’s Cube master and helps teach his classmates the next steps,” said Fischer.

He said the Rubik’s Cubes are great tools for students to use throughout the day when they have free time. The game promotes higher-level thinking, concentration, attention, hand-eye coordination and patience. It takes time to master the puzzle and students are encouraged not to give up.  They are also encouraged to help each other so that everyone can be successful.

“Kids are not afraid to get their hands on these puzzles! Emotionally, using the Rubik’s Cube has boosted my students’ self-esteem and confidence,” said Fischer.

His students also love the ability to wiggle and move in their wobble seats while trying to figure out the Rubik’s Cube. The wobble seats are a popular option for elementary students giving them some freedom of movement without leaving their space.

“Students love being able to keep their bodies moving and I appreciate that the wobble seats allow them to do so without distracting others. Students appear to be more relaxed and focused while using the wobble seats,” said Fischer.

The YAC grant allowed Fischer to purchase an additional nine wobble seats for his classroom as options for students.