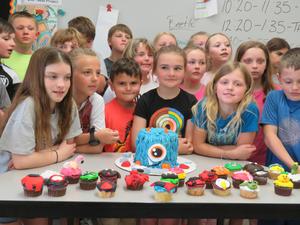 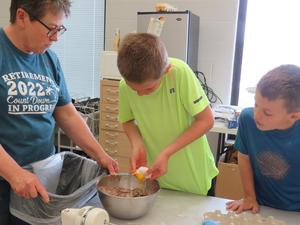 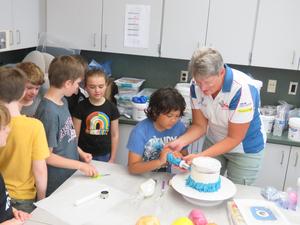 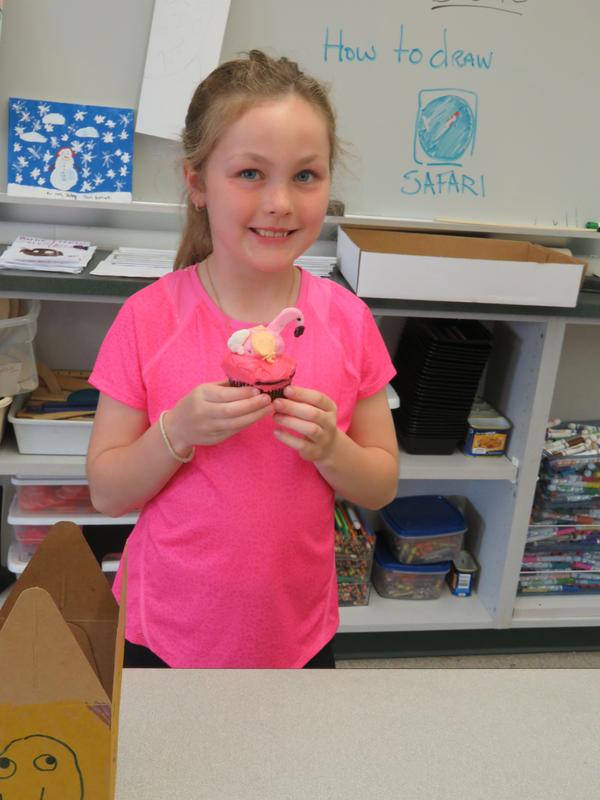 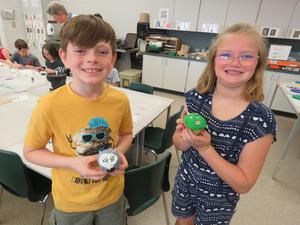 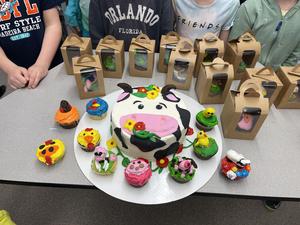 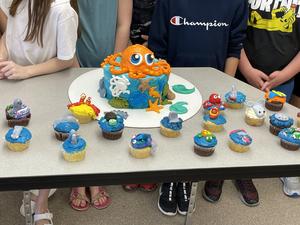 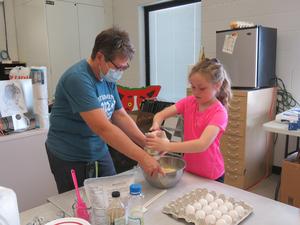 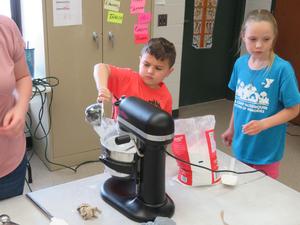 Lee students rolled up their sleeves as they prepared for the day’s art project. But they didn’t need paint brushes, paints or markers. Instead they used measuring cups, rollers and frosting bags. They cracked eggs, measured flour and sugar and other ingredients, squeezed brightly-colored frosting from bags and rolled out fondant to make one-of-a-kind masterpiece cupcakes complimenting their class-themed multi-layer cake.

“I want them to know the difference between 2D and 3D art. I want them to be able to make a cake and read the directions on a recipe. It’s a life skill so they can be successful. Most of all I want them to have fun doing this. Lots of fun!” said art teacher Kathy Bailey.


She’s led students in this cake decorating project for the past couple of years and says it is one of her favorites. This year, instead of just offering it to the third graders, she led all second and third graders through the process of making, decorating and even eating their projects.


Bailey said she couldn’t have done the project again this year without help. A Thornapple Area Enrichment Foundation grant helped fund part of the cost of all the ingredients needed for the cakes. And some very dedicated volunteers helped lead each class through the different stations involved in the project. Bailey also said she appreciated all the teachers and the administration at Lee for allowing some flexible scheduling.


Each class created a themed cake like a farm, sea, Star Wars, or fantasy theme. Students helped decorate the class cake and in addition, made their own cupcake with a corresponding decoration. They had to use their creativity to draw their design on paper and assign colors of fondant they would need. Using their 2 dimensional drawing as a guide, they brought it to life with fondant and sculpting on the cupcake.


There were pink pigs with bright pink snouts, a black and white cow, Yoda with big, pointy ears, a pink flamingo with a delicately arched neck hovering on top of the cupcake. There was a blue octopus with long arms draped over the edges of the cupcake, unicorns with brightly colored horns, Ninja turtles and Pokemon figures.


Bailey said they also learned life skills - reading recipes, understanding the difference between a Tablespoon and a teaspoon, and recognizing the different ingredients needed to successfully make a cake and frosting.


Every student experienced work at five stations during the project. At two stations they followed recipes to make cakes and frosting. At a third station they squeezed frosting onto their cupcakes then moved to the table to roll out their colored fondant and make their cupcake designs. Another station let them frost and decorate their classroom theme cake and a final station allowed them to decorate their cupcake box.

Bailey, who teaches art at Lee and Page elementary schools,  has announced she will retire at the end of this school year after joining TK as an elementary art teacher in 1997. “I’m so glad we were able to do this again one more year.”