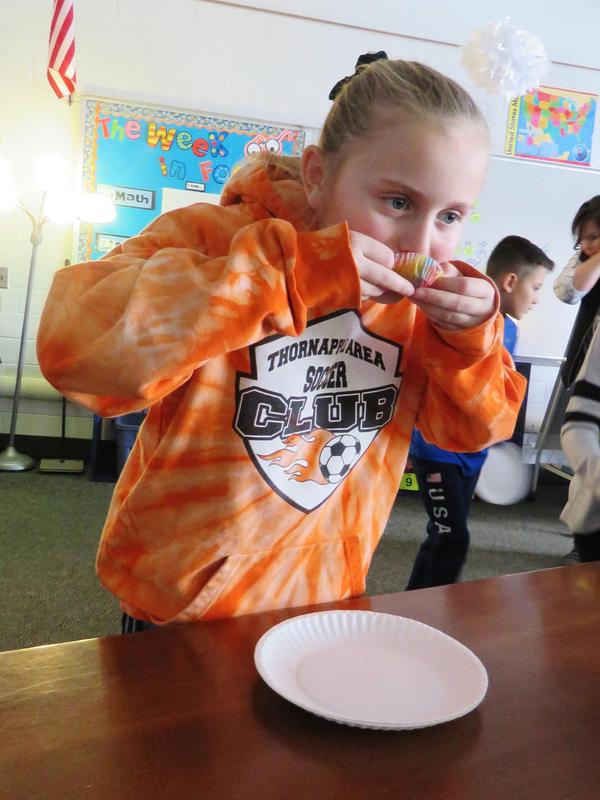 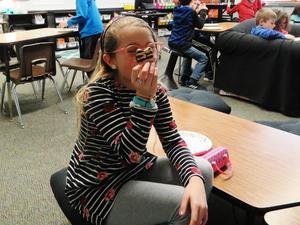 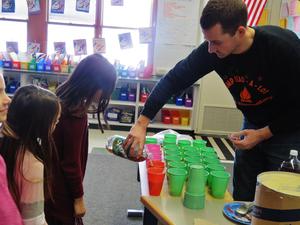 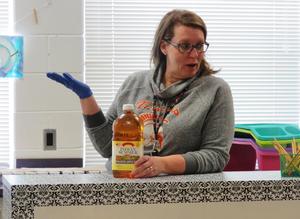 In celebration of Michigan's 182nd birthday, Lee Elementary third-graders experienced a tasty history lesson and learned some fun facts about the state they call home. From Little Caesars Pizza to Vernors Ginger Ale, Faygo Pop, Kellogg's cereals and much more, students got a taste of Michigan as they explored the state's products and history. They even learned that sometimes, great things come from mistakes.

Students also learned about Mike Ilitch, founder of Little Caesars Pizza and his philanthropic efforts to help the city of Detroit, his ownership of sporting teams and the arena now named the Little Caesars Arena. He purchased the Detroit Red Wings, the Detroit Fox Theatre and the Detroit Tigers. His efforts helped revitalize Detroit.

And who could have predicted the Civil War would lead to the discovery of Vernors Ginger Ale? The Michigan-made drink was invented by James Vernor, a Detroit pharmacist.

According to company history, Vernor had concocted a new drink but was called off to the Civil War in 1862. He stored his secret mixture in an oak cask in his pharmacy. Four years later when he returned from the war, he opened the keg and found the drink inside had aged into the ginger ale drink we know today. Many claim the effervescence of this soda is a foolproof cure for stomach aches and hangovers.

Lee students were treated to a "Boston Cooler" - a treat made with Vernors Ginger Ale and another homegrown favorite Hudsonville Ice Cream. It's much like a root beer float but with Vernor's instead.

Many students knew Michigan was well-known for growing cherries and blueberries but were surprised to learn the state grows more than 50,000 pounds of spearmint per year. It only takes about one pound of mint to flavor 135,000 sticks of gum! That's a lot of flavoring for gum and other products grown here in Michigan!

From Keebler cookies and crackers, Kellogg and Post cereals, Gerber baby food and O-Ke-Doke popcorn, students were treated to just a few of the products grown and produced right here in Michigan. Even if they didn't like all of the products offered for tasting, students agreed it was a lesson about their own state they won't forget.